Home/ Health / Start Your Journey into Recovery with Alcoban Drops 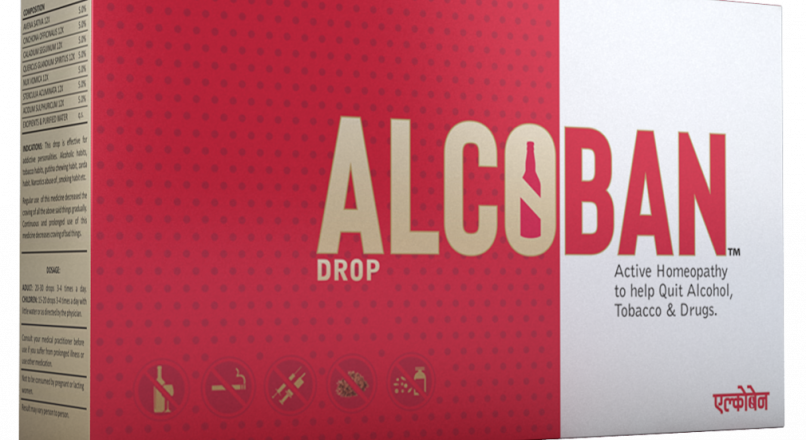 We all know the effects that alcohol has on the body. Alcohol kills around 2.6 lakh Indians every year and this figure is ever-growing. But many people may not be aware of the effect that alcohol has on the mind. A person who drinks regularly starts to feel the depressant effects it has on the brain. Since the brain is the body’s control center, the impairing effects of alcohol quickly cause problems in the normal function of areas all over the body.

There are some short-term symptoms that signal a reduction in brain function. They include difficulty in walking, blurred vision, slowed reaction time, and compromised memory. Heavy drinking and binge drinking can lead to permanent brain and nervous system damage.

Basically, alcohol is a toxin. The main impact it has on the body, especially when consumed excessively, is very harmful. Heavy drinking, or binge drinking five or more days in the past month, can cause long-term brain damage that simultaneously causes damage to other areas of the body.

The effect of alcohol on the body depends on a number of factors, such as:

● How much and how often alcohol is consumed
● The age when you start drinking and how long you have been drinking
● Your current age, gender, genetics, and overall health
● Family history of substance abuse

How Does Alcohol Cause Brain Damage?

When alcohol is consumed, it makes its way from the stomach and intestines through the bloodstream to various organs. When it reaches the liver, spikes in blood alcohol content due to heavy drinking overload the liver’s ability to process alcohol. So, excess alcohol travels from the liver to other parts of the body, such as the heart and central nervous system. As a result of this, alcohol moves through the blood-brain barrier, affecting the brain’s neurons directly. The brain and the central nervous system contain over 100 billion interconnected neurons. Since alcohol is a toxic substance, it can damage, or even kill neurons.

Recent researches have even shown that sustained periods of drinking causes overall shrinkage of the brain.

Alcohol is capable of slowing down signals sent between neurons. Also, it impairs or slows certain automatic brain processes controlled by the cerebellum and cerebral cortex such as breathing, balance, and processing new information. It also slows GABA neurotransmitters. This leads to symptoms like slurred speech, lethargic movements, and lowered reaction time. Conversely, drinking alcohol leads to the rapid release of glutamate neurotransmitters (responsible for dopamine regulation). This creates the “warm, fuzzy” feelings many feel after drinking.

These short-term effects of alcohol, though very dangerous, are nothing compared to the long-term damage alcohol can cause. Damage to the hippocampus region (responsible for memory creation) is severely affected due to drinking and “blackouts,” resulting in short-term memory loss and brain cell death. Experiencing repeated blackouts is a clear sign that you’re drinking too much. This can lead to permanent damage that inhibits the brain from retaining new memories. For example, someone may be able to remember what happened in the past with complete clarity but not recall having the conversation a few hours later.

There is a lot more to be said on the severe negative effects that alcohol has on both the brain and the body. But the conclusion is the same. If you really care for yourself, then you need to stop drinking as soon as possible. To drink while knowing the severe effects it has on your body is like planning your own funeral.