what is EOT crane control panel system and how it works?

Home/ Manufacturing / what is EOT crane control panel system and how it works? 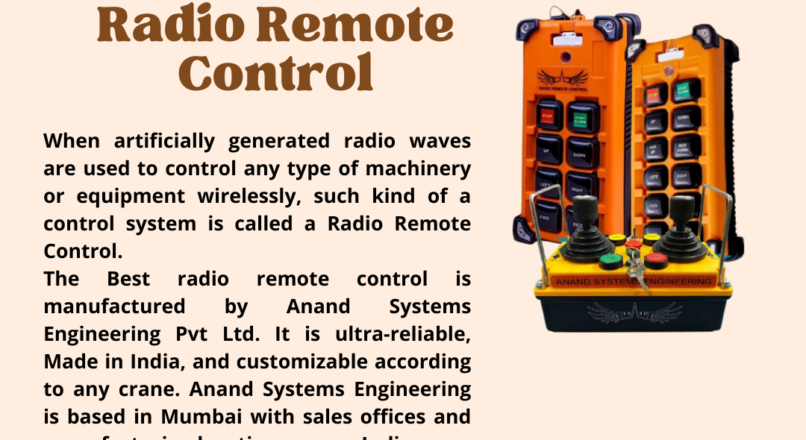 what is EOT crane control panel system and how it works?

What is an overhead crane?

What is an overhead crane remote control system?

It typically consists of a transmitter device that radiates data in the form of a radio wave in free space with the help of an antenna towards the receiver. The receiver then picks up this signal with an antenna and decodes the data. Radio remote controls are completely wireless systems that can transmit and receive data over very long distances.

How does remote control crane works?

Crane remote control works on the principle of radio waves. When we push the button on the remote control crane then it transmits the signal from the device and the receiver gets the signal. As soon as the receiver gets the data, it decodes and decrypts the data and switches on an assigned relay which activates the desired switch in the EOT Crane Control Panel. The communication between Anand Transmitter and Anand Receiver happens more than 10 times in a second. The transmitter can continuously monitor many parameters of the communication link such as the number of attempts for successful transmission, received signal strength, Link Quality Indication, missed packets, etc. Anand Transmitters and Receivers use the Automatic Frequency Hopping technique to continuously change the transmission frequency to avoid interference from undesired radio signals and increase the safety of the crane.

What are radio waves?

Electromagnetic waves in the frequency range of 10khz up to 300Ghz are categorized as Radio Waves and Micro Waves. At these frequencies, an Alternating current in a conductor can emit energy into free space as radio waves.

Radio waves don’t require a medium to move as required by Sound waves. They are naturally emitted by Stars, Other electromagnetic waves such as X-rays, Gamma Rays, Visible Light only differ from radio waves in terms of frequency and wavelength.

The best radio remote control for EOT cranes in India are manufactured by Anand Systems Engineering Private Limited. Anand Radio remotes are not only reliable but also customizable according to the customer needs. These wireless remote control for overhead cranes uses 2.4 GHz band. Anand crane wireless remote control can transmit and receive at a range of more than 200 meters line of sight at full power. Software programmed to have a custom range from 10 meters up to 200 meters according to user requirement without changing any hardware. Anand Remotes have been designed from the ground up to transmit signals over long distances at the lowest power possible.